Propagators and Growers of Premium Quality Nursery Stock since 1988 for the Retail Customer and the Wholesale Nursery Trade.  Specializing in Hollies, native species of the Eastern Piedmont Region, and other select species.

Support Your Local Independent Nurseries
Chain stores, Box stores and Garden Centers are not growers. They are holders of inventory that originate and are grown elsewhere.  As a local, independent niche Nursery, we propagate from our own stock plants, collect local seed to preserve diversity of the species and make selections of hardy and reliably performing plants from those seedlings.  Without local, independent niche Nurseries, many selected plants that are in demand by the retail and wholesale consumer wouldn't be available in the trade today.

See our F.A.Q. for more information 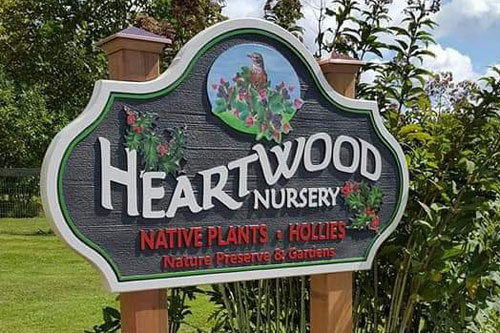 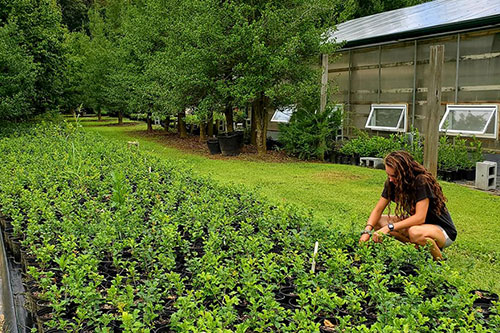 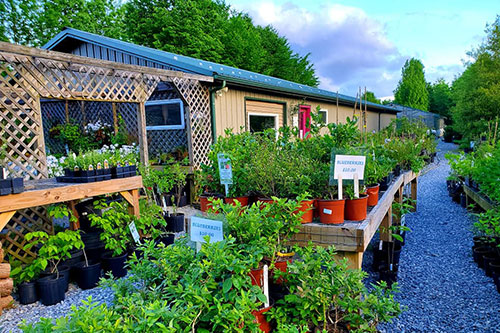 Heartwood Takes Honors The National William F. Kosar Award by the The Holly Society of America was awarded to Heartwood Nursery’s Sue Hunter in October 2012.

“This award is given in memory of the pioneer holly breeder and devoted Holly Society member William F. Kosar. It is given to an outstanding plantsman for contributions to the hybridization, evaluation, selection, and introduction of hollies. The recipient has excelled in breeding, propagating, and collecting hollies, has contributed to the Holly Society Journal or other publications, and has generally been of great service to the Holly Society of America.”